Best places to dive in March

March is another superb shark month. If you love the toothy kings of the ocean, there are great options for March diving in the southern and northern hemispheres. One is Australia- home of Ningaloo Reef and one of the largest whale shark aggregations in the world. Western Australia is a hidden gem, much less frequented that the Great Barrier Reef, but just as incredible. Heading north to the Indo-Pacific, the Philippines is another great place to dive in March. On the tiny island of Malapascua, elusive thresher sharks can be seen year-round. Malapascua is one of the only places in the world where you can dive with these deep-dwelling creatures. Halfway around the world, Cuba is a paradise for March liveaboards. Every dive is a shark dive in this country’s untouched reefs, the only reefs where you can witness the Caribbean as Christopher Columbus saw it, many years ago. 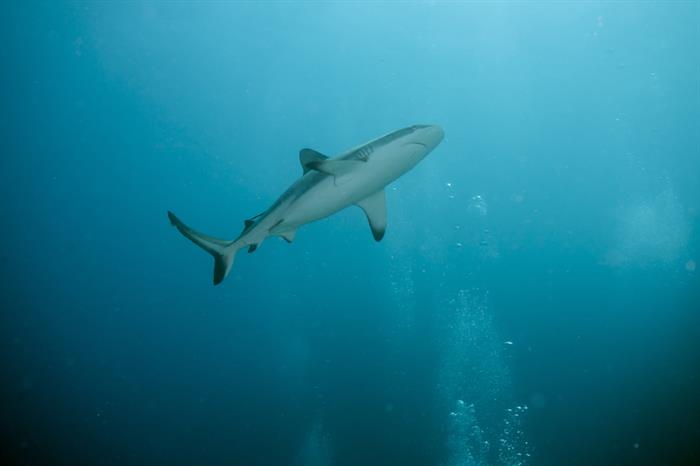 What to see in March?

In Australia, the Ningaloo Reef UNESCO World Heritage Site sees 300-500 whale shark individuals every year, some reaching 18 meters in length. If you’re there for scuba diving in March, you can be virtually sure of swimming with these gentle giants. Ningaloo’s whale sharks follow a seasonal migration pattern; the thresher sharks at Malapascua in the Philippines, on the other hand, are year-round residents. There are lots of diverse dive sites around Malapascua Island, but the thresher shark sites may be the most dramatic. To see these big-eyed, long-tailed beauties, divers visit a seamount with a 200 meter drop-off! By waiting quietly at the crown of the mount, you maximize your chances to witness the threshers emerge from the depths and visit their local cleaning stations. If you want to visit an intact marine ecosystem, healthy and prolific with sea life, Cuba is one of the best places to dive in March. In the clear waters of its marine park “Jardines de la Reina,” mangroves, seagrass, and coral reef coexist in bountiful harmony, supporting large populations of sharks, groupers, tarpon, and barracuda, all of which are very curious and willing to pose for a close-up.

In March, hundreds of whale sharks arrive at Western Australia’s Ningaloo Reef, drawn by a seasonal plankton bloom and the annual coral spawning. If you’re wondering where to dive in March to enjoy warm waters (around 31 C / 87 F) and an abundance of big sea life without the crowds, Ningaloo is a great option. Mantas are year-round residents here, as well as sharks, potato cod, and barracuda. As the third-largest barrier reef in the world, Ningaloo has international importance, and it luckily escaped the recent bleaching which affected the Great Barrier Reef. In March, you can even witness the coral spawning itself, when hundreds of thousands of coral heads release their eggs into the water. The resulting “upside-down snowing” effect of shimmering larvae is one of the most unique sights in the world. The week after March’s full moon is said to be the special moment, but check with local operators for up-to-date information. 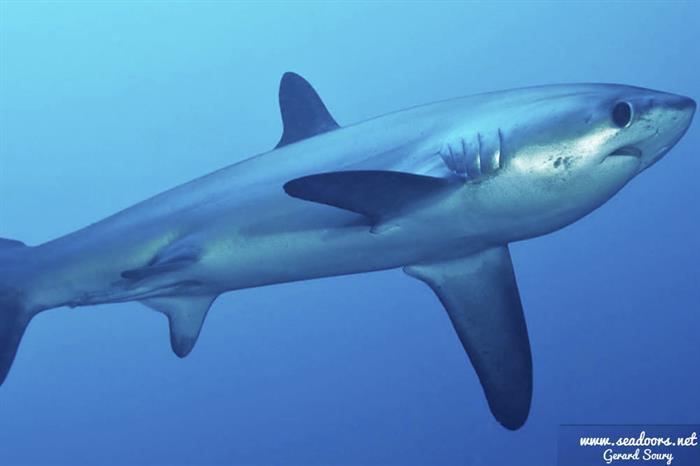 Thresher sharks can be seen in Malapascua, Philippines - photo courtesy of Seadoors.

Dive with Thresher Sharks in Malapascua

Malapascua is an island only 2 by 0.5 kilometers, located in the Central Visayas region of the Philippines, just north of Cebu. It lures travelers with its vibe of utmost relaxation- no cars, plenty of gorgeous beaches, and friendly people. Coral reefs, caverns, walls, and muck diving are all part of Malapascua’s diving bounty, but it’s the thresher sharks which make the island famous. These deep-water sharks have a special hunting technique for their prey of fish and squid: they whip their long tails to create a shockwave which stuns the smaller animals, making them easy to catch. A thresher shark’s graceful tail can be as long as the rest of its entire body. Descending at dawn to catch a glimpse of this eerily beautiful, streamlined fish is a unique experience. Malapascua liveaboard diving in March is also a great time for calm seas and sunny weather.

Diving in March in Cuba offers great dry season conditions in which to enjoy the country’s pristine marine environment. The “Gardens of the Queen” national park was established in 1996 to protect Cuba’s southern coastline of islands, mangrove forests, and seagrass beds, and it’s the most successful conservation effort area in the whole Caribbean Sea. In Jardines de la Reina, iconic elkhorn coral, which has virtually died out in neighboring countries, is still abundant. This coral and other healthy bottom species support waters teeming with reef, lemon, silky, blacktip, nurse, and great hammerhead sharks, bordered by wetlands full of migratory birds and mangrove-seagrass habitats where fearsome saltwater crocodiles thrive. The luxury yacht liveaboard Avalon-I is the perfect operator with which to tour this conservation paradise; Avalon was instrumental in the establishment of the marine park, and they’re committed to ecologically sustainable tourism.

More dive destinations you can visit in March

If you’re wondering where to dive in March, options abound. Micronesia is one great year-round destination, with pelagic fish life, wrecks, and the iconic Jellyfish Lake. Egypt’s Red Sea dive sites of colorful fish and coral can also be dived in any month. Nearby Oman is a much less frequented, but still world-class, dive destination. Along its northern fjords, or among the Damaniyat Islands, you’ll enjoy an abundance of fish life and pristine coral.