7 Incredible Fish That Only Scuba Divers Can See

7 Incredible Fish That Only Scuba Divers Can See

Not all of the ocean’s wonders can be contained in a fish tank – read on to learn about seven spectacular creatures that can only be seen amongst the waves.

In this article, we’ll explore seven species that can only be seen in the wild, by scuba divers. We’ll tell you what they look like, why you can’t find them in any aquariums, and where to go to spot one in their natural habitat.

A visit to your local aquarium will get you up close and personal with hundreds, even thousands, of species of incredible fish and marine life. Scuba divers have a chance to see thousands more, all swimming in their natural habitat and enjoying their lives as denizens of the deep.

In this article, we’ll introduce you to seven species that you can only see if you strap on your scuba gear and take a dive into the deep blue sea. 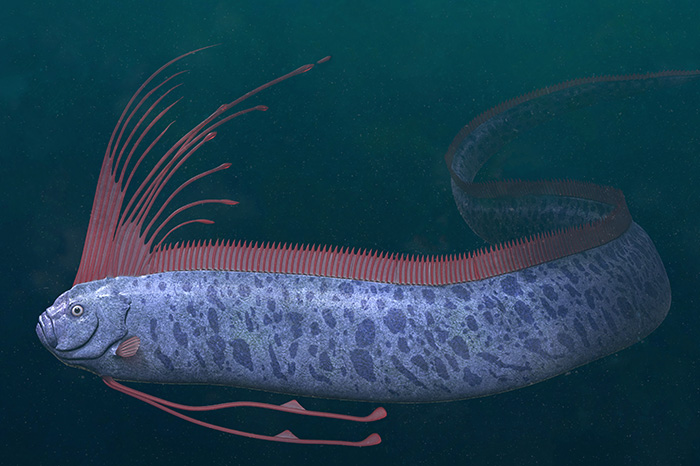 Oarfish – Even if you’ve never heard of the oarfish, you have likely seen depictions of it, given that this, the world’s longest fish, is believed to be the inspiration for most myths and alleged sightings of sea serpents by ancient mariners. They also play an important role in Japanese mythology, where they are believed to come from the sea god’s palace and to be harbingers of earthquakes. Oarfish are indeed mythical in scale, some reaching lengths of over 35 feet – and given how few specimens have actually been found and accurately measured, it’s likely their true maximum length is even greater. This scarcity of specimens and their massive length are the two main reasons oarfish have never successfully been held in captivity. In fact, because oarfish like to cruise the ocean at bone-crushing depths, only surfacing when they are injured or dying, less than a handful have ever even bee captured alive. For a chance to make the find of a lifetime and see this rare fish in action, according to David Thomas of Everything fishkeeping, divers should try deep waters around the coast of the Pacific Ocean, in places like California and Japan. 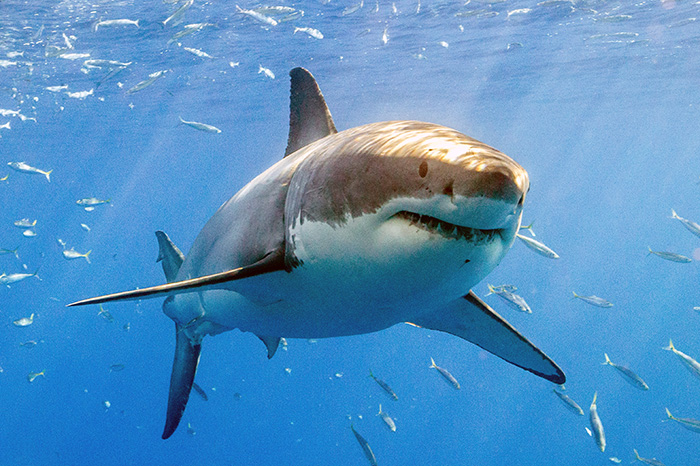 Great white shark – Given that it’s likely the most famous fish in the world, many people find it odd that they have never seen a great white shark in even the biggest and best aquariums in the world. Even venues that hold and train the mighty orca, the ocean’s alpha predator, cannot keep a great white shark in their facility. There are believed to be a number of reasons for the species antipathy toward aquariums, including the wide range of territory they cover in their nomadic ramblings in the ocean and their need for live prey as stimulation. In any case, no great white shark has ever survived in captivity for more than a year. Instead, people who want to see the mighty movie star up close and personal can book a trip to dive in a number of places, including California’s Red Triangle or Gaansbai, South Africa, the so-called great white capital of the world. 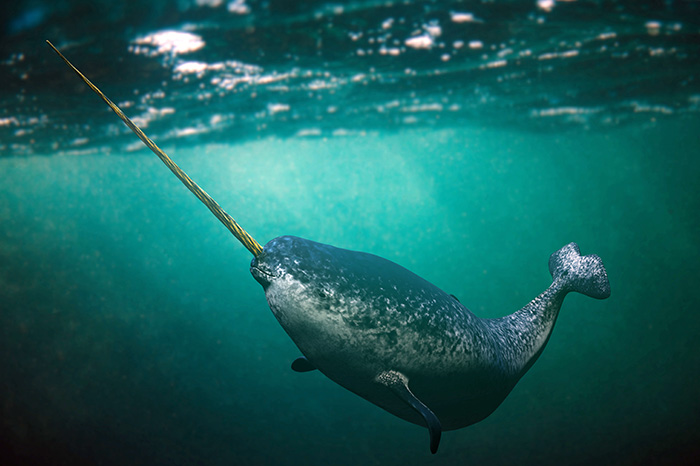 Narwhal – The narwhal is an Arctic whale, most notable for the long tusk-like tooth that extends from their mouths. This appendage may make them the “unicorns of the sea,” but scientists are still unclear on its full purpose. Narwhal are active, social creatures that often dive to great depths in the freezing Arctic waters they call home, all of which make them difficult to impossible to keep in captivity. Divers have the best chance of spotting them off the coasts of northern Canada and Greenland while they are beginning their summer migrations in May and June. 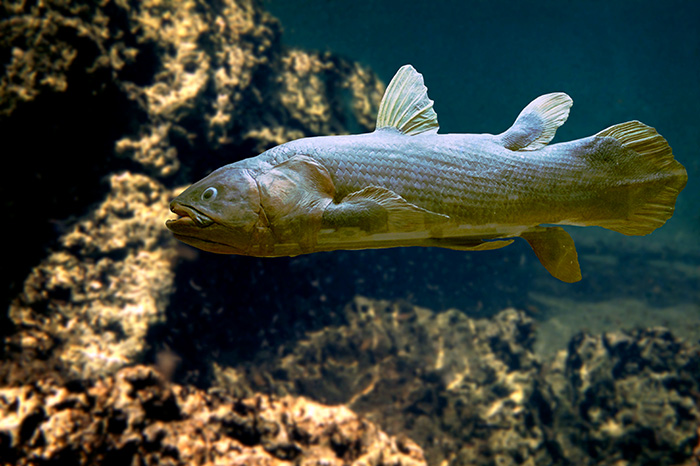 Coelacanth – Coelacanths are a strange and ancient fish, often described as a living fossil because they have survived for approximately 400 million years without changing much. Most related species went extinct long ago; in fact, scientists believe coelacanths are more closely related to land-based vertebrates, including mammals, than they are to most extant fish species. Their odd appearance perhaps bears out that this is a fish intended to live in a different era; they have large eyes, small mouths, lumpy bodies, eight fins, and heavy scales that act as armor. Their oily flesh and the mucus their scales secrete means they are undesirable as a food item; however, they are often swept up as bycatch by fishermen seeking the lucrative oilfish that share their habitat. The two known species of coelacanth inhabit narrow ranges; one lives in several small enclaves off the southeastern coast of Africa, near Madagascar, while the other occupies an even smaller range off the coast of Indonesia. 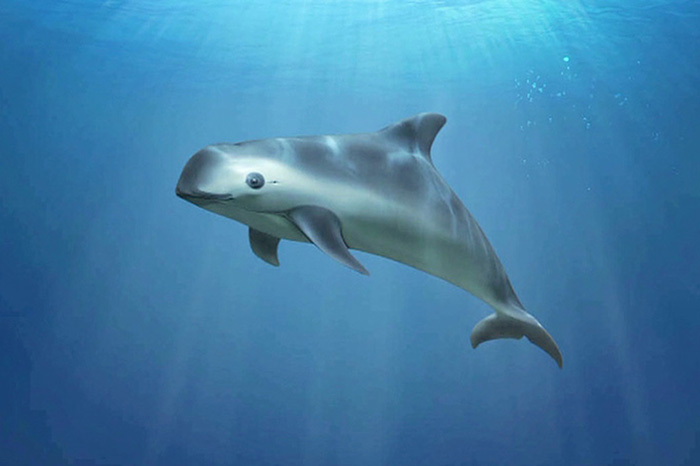 Vaquita – The vaquita is a type of Mexican porpoise that has a dubious distinction: They are the rarest marine mammal in the world. Unfortunately, this scarcity is not because of their naturally small populations or narrow range; instead, the vaquita is a prominent victim of possibly the largest threat to marine life in the modern world: overfishing. Even more, unfortunately, vaquitas themselves aren’t even the targets of the fishing nets that frequently kill them; rather, they are swept up as bycatch and left to die. Because vaquitas only live in the warm, shallow, busy waters of the Sea of Cortez, a popular commercial fishing hub, conservation measures that have focused on reducing their susceptibility to fishing nets have been only partially successful. More recently, scientists have considered attempting to breed vaquitas in captivity, but the animals have never survived when removed from the wild. They are almost impossible to catch alive, and porpoises in general, because of their sensitivity to their environments and negative reactions to stress, are very difficult to keep in captivity. Anyone wishing to catch a glimpse of one of these unique and beautiful animals before they disappear forever will have to travel to the Sea of Cortez. 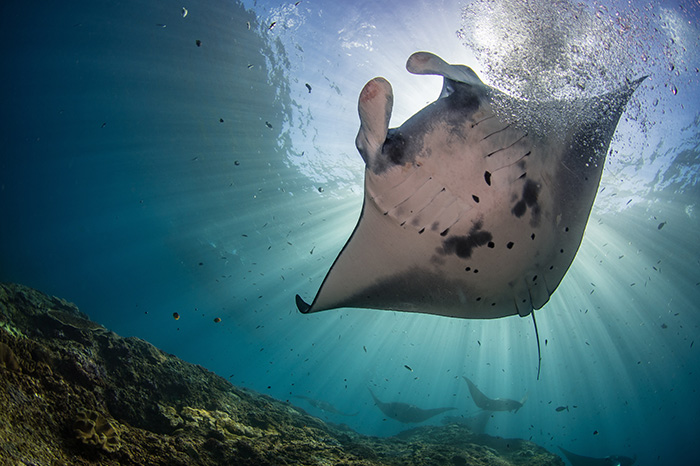 Giant oceanic manta ray – The giant oceanic manta ray has a name that tells you everything you need to know about the animals it’s describing. This manta ray is found in tropical and temperate waters throughout the world’s oceans, preferring deep waters and open ocean to the coastal areas favored by its closest relative, the reef manta ray. Most notably, the giant oceanic manta ray is indeed giant; the largest manta ray in the world, it can reach lengths of up to 30 feet and widths of up to 18 feet. These ocean-going habits and its massive size also offer a simple explanation for why this awe-inspiring animal has never been kept in captivity. While their extensive range means divers in a wide variety of locations have a chance to catch a glimpse of one of these massive creatures, probably your best bet to be guaranteed an encounter with the world’s largest ray is a night dive off the coast of Hawaii’s Big Island, where you can watch them float peacefully through the water, feeding on plankton and other microorganisms. 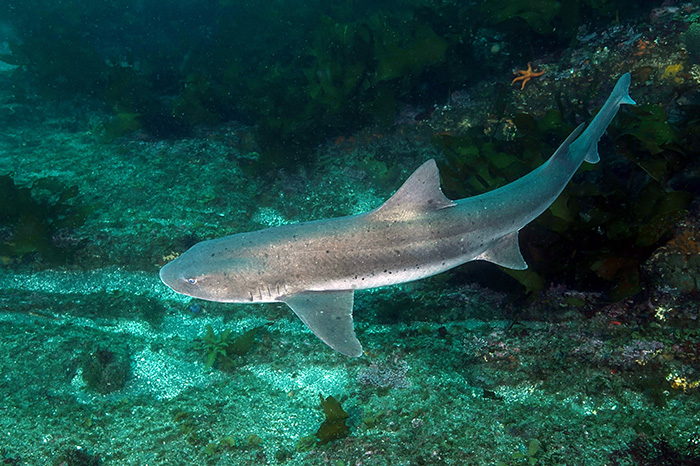 Flapnose houndshark – The story of the evocatively-named flapnose houndshark is a case study in the importance of local and lay knowledge in science and conservation. The flapnose houndshark is a small shark with distinctive fused nasal flaps that makes its home on the southeastern coast of Africa. Although scientists hadn’t seen one since 1902, a TV crew caught and tagged a live specimen in 2020 after interviewing local fishermen and realizing they occasionally caught the animal while night-fishing. Still, this shark is exceptionally rare, found only in a narrow stretch of coastal waters, and has never been kept in captivity.

Aquariums are a wonderful thing, allowing anyone and everyone to access some of the magic of the marine world. Some of that magic, though, likes to keep its mysteries to itself and can only be seen by those willing to brave the ocean themselves in search of the most spectacular wildlife the planet has to offer.