Best places to dive in April

The ocean is a vast, wonderful and often unpredictable place. When it comes to scuba diving, some destinations, such as the Great Barrier Reef in Australia are fantastic year-round. For other dive hot spots, there are particular seasons and times of the year that are best to plan your dive trip around.  In the Maldives, April is the last month before the wet season kicks in. Belize is optimal for whale shark encounters. The Red Sea is not yet stinking hot (although you’ll be underwater most of the time, so hot weather is nothing to worry about!) 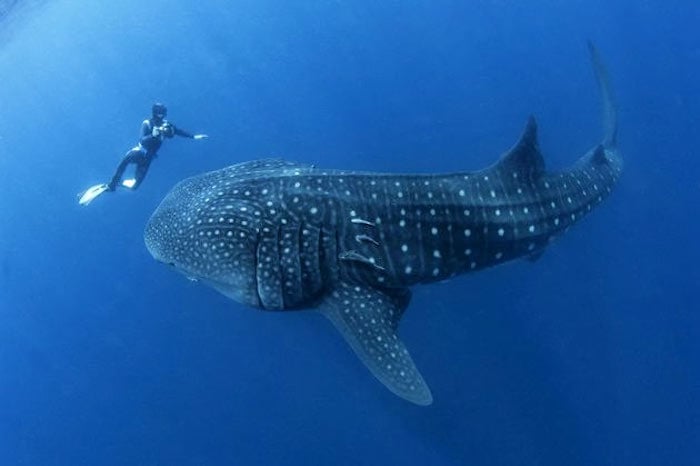 Belize is well-know for its Blue Hole, a 135-meter deep sinkhole that was once a freshwater cave system and is an incredible dive site. Along with this unique dive site, Belize is famed for spectacular diving with some fantastic wall dives and vibrant coral reefs. Think steep vertical walls covered in gorgonian sea fans and a plethora of reef fish. The dry season in Belize runs from March to May, and during April is when conditions are especially favorable with calm winds and excellent visibility. During April divers have the greatest chance of seeing the largest fish in the sea, the whale shark. These gentle creatures are usually spotted in deeper water, a few days before and after the full moon.

With temperatures not yet scorching, April is a great time to head to the Red Sea in Egypt. Manta season has just begun, and other pelagic species such as hammerhead sharks, thresher sharks and oceanic whitetips can be spotted in the deep water around the pinnacle islands that are scattered throughout the Red Sea.

Whilst some liveaboards run trip itineraries that cater to more experienced divers and require a minimum amount of logged dives, the Red Sea is a great place for new divers. Reefs covered with healthy and colourful coral provide a home for hundreds of species of reef fish, and many of these sites are known for good visibility and gentle currents.

Make the most of the Maldives 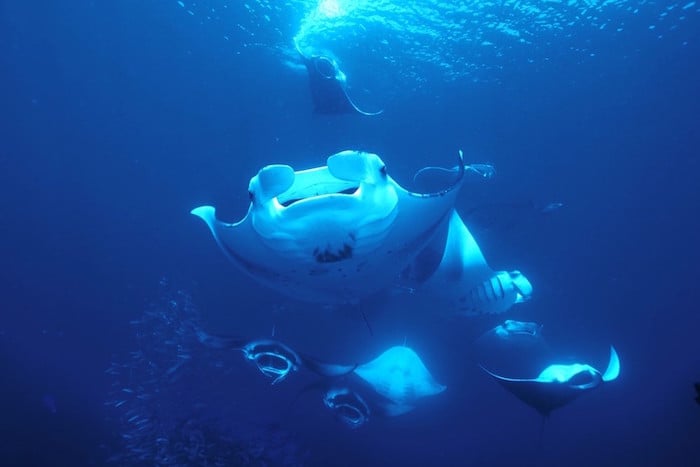 April marks the final month of the dry season in the Maldives. The dry season means seemingly never-ending blue skies, pancake-flat seas and visibility that averages at least 30 metres. The flow of the current during this time brings with it nutrients and food for varying species of sharks and manta rays. Outside of the dry season, this process is reversed and the Maldives is prone to stronger winds and rougher seas plus more rain. However, it is possible to dive the area year-round and mantas and whale sharks can be found by the hundreds during wet season

The Maldives is home to an incredible amount of marine life. Whale sharks, manta rays, turtles, pelagic fish and sharks can be spotted all year round. If you’re a shark fanatic, the Carpe Vita Liveaboard operates a ‘Deep South Shark’ speciality trip during April which is dedicated to providing divers with exhilarating shark encounters. The ten-night trip will provide divers with the chance to spend some time underwater with thresher sharks, whale sharks, hammerhead sharks and even oceanic sunfish, exploring the areas that could never be reached by a day boat.

Set sail in the Seychelles

Seychelles offers fantastic year-round diving, however, April is when conditions are extraordinary. In total, the Seychelles are made up of 115 different islands, with no shortage of dive sites to explore. Because the Seychelles Islands are scattered throughout the Indian Ocean, winds, currents and rainfall vary island to island and this can affect the diving conditions in the area.

Spearfishing and dynamite fishing is banned in the Seychelles Islands, and this has allowed marine life to replenish and thrive. Over 1000 different species of fish can be found along the reefs of the Seychelles and whale sharks are often spotted.