It’s Shark Week time and we have the ultimate competition for shark fans!

Subscribe to our newsletter and be in to WIN a 6-night Guadalupe Great White Shark cage diving safari worth $3250 USD.

The beautiful custom-built Nautilus Belle Amie could be your home for 6 nights as you get to know some of the 206 great white sharks found at Guadalupe. With options to cage dive at the surface or at depth in the submersible cage, this liveaboard safari is every shark lover’s dream.

Don’t miss out on your chance to win, subscribe to our newsletter today!

SIGN UP TO OUR NEWSLETTER TO ENTER THE COMPETITION

WHAT IS SHARK WEEK?

Discovery Channel’s Shark Week is a popular annual TV event which features 8 days of shows all about sharks. If first premiered on 17th July 1988 and was originally produced to promote shark conservation.

It is hugely popular in the US, is broadcast in over 72 countries, and is the longest-running cable television event in history.

Shark Week hasn’t been free of controversy though and has been criticised in recent years for being fictitious, entertainment-focused, and for producing fake stories. In early 2015, the president of Discovery Channel vowed to remove misleading programmes from future Shark Weeks.

Like it or not, Shark Week is here to stay and is doing a great job of getting people around the world interested in sharks.

WHAT IS SPECIAL ABOUT SHARK WEEK 2018?

Shark Week 2018 marks the 30th anniversary of Shark Week and is sure to be one of the best, with Discovery Channel going all out to celebrate. They have even created a limited edition Shark Week Box for fans to purchase online and enjoy during the event. 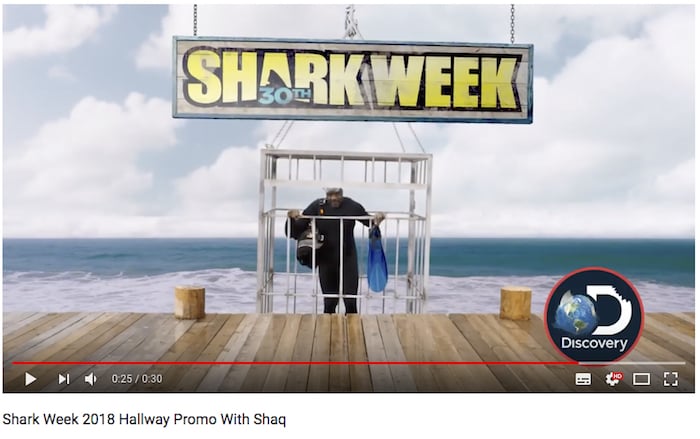 A Shania Twain promo has since been released on 5th June 2018, gearing up fans for the big event. 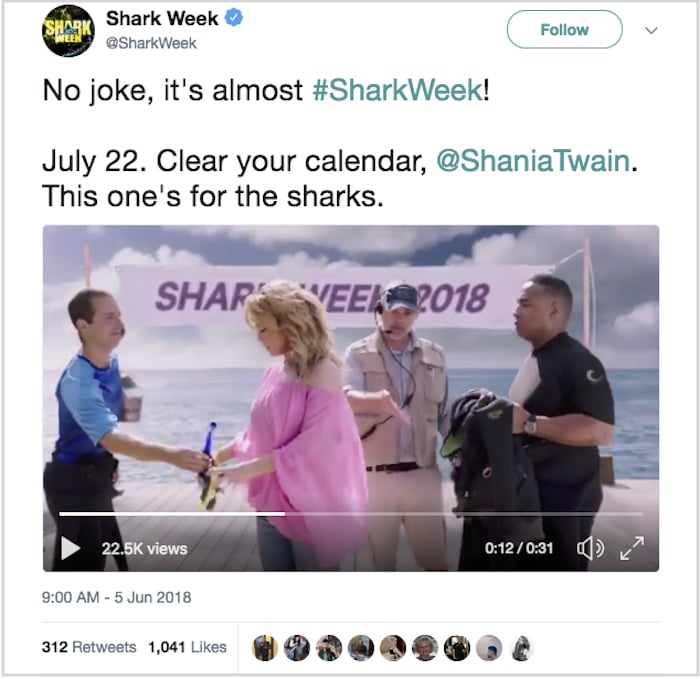 Discovery Channel has released the Shark Week 2018 programme schedule and it will include a number of Shark Week specials:

The celebrity investors of ABC’s hit show Shark Tank will take to the water for Shark Week and go swimming with sharks to learn about the issues they face. The celebrities will each pair up with an oceanic organisation and decide which charity to award $50,000.

One of the largest sharks ever recorded ‘El Monstruo’ was captured in Cuba in 1945 and huge shark sightings around Cuba have continued since then. One of the main attractions when scuba diving Cuba is the sheer diversity of sharks and Cuban waters are home to around 100 shark species. Researchers for this show are searching for large great white sharks and hammerheads in Cuban waters.

Guadalupe Island, Mexico is well known as the premier destination for cage diving with sharks and is visited by massive female white sharks during October and November each year. The Shark Week team returns to Guadalupe Island this year to search for the biggest great white sharks they can find.

Shark scientist Dr. Neil Hammerschlag heads to the Galapagos Islands to observe how tiger sharks, new to the area in the last 10 years, are affecting the marine ecosystem at this world-class diving destination.

The Bahamas is well-known for Tiger Beach liveaboard diving and the chance to get up close and personal with numerous tiger sharks. The Shark Cam returns in 2018, this time investigating the private lives of bull and hammerhead sharks in the Bahamas with Doc Gruber and Dr. Tristan Gutteridge of the Bimini Shark Lab.

Dr. Craig O’Connell, a shark scientist and Shark Week host, goes in search of giant great white sharks off Long Island, New York. This iconic area gave rise to the legendary Jaws and the big sharks in the area were hunted and killed after the film’s release. Dr. O’Connell finds out if “the bloodline of Jaws continues”. 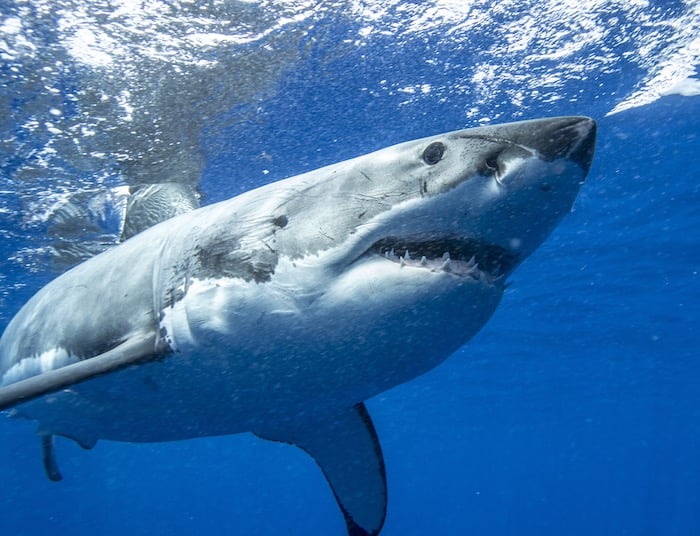 Bear Grylls has survived some of the world’s most extreme environments. This time he is going up against sharks to test his skills as the ultimate survivor.

Shark attack survivor Paul de Gelder joins a marine survival expert in a daring 48-hour experiment to discover which sharks are attracted to humans in distress and what really happens when a shipwreck occurs amongst sharks.

The Laws of Jaws (working title)

Are shark attacks the result of shark behaviours or human behaviours? A team of expert divers investigate why shark attacks occur, by re-enacting real-life incidents in real-time.

Where do the pregnant great white sharks of Guadalupe Island go to give birth to their pups? Dr. Mauricio Hoyos believes they go to Baja California. This western state of Mexico is a popular dive destination thanks to abundant schooling hammerhead sharks, whale sharks, and giant manta rays. Dr. Hoyos’s team of scientists track pregnant great white sharks to confirm a birthing ground in need of protection.

To really live the Shark Week experience, it’s time to go shark diving and find out for yourself what all the fuss is about. There are great shark diving destinations around the globe, with something suitable for all diver experience levels and even non-divers. Find out more in Best Places to Dive with Sharks.